In its last 10 fiscal years, the Newfoundland & Labrador Liquor Corporation (NLC) has paid the Government of Newfoundland and Labrador just under $1.7 BILLION in taxes and dividends – an average of $169,588,200 a year!

What does government spend that money on? Vital public services like education, health care, and highway snow clearing.

The NLC not only collects and remits the taxes it charges on the products it sells, it pays dividends to its only shareholder – the Government of Newfoundland and Labrador – in other words, the people of Newfoundland & Labrador.

Figures are based on information contained in the NLC’s Annual Reports from 2009-10 to 2019-20 https://www.nlliquorcorp.com/about-newfoundland-labrador-liquor-corporation/annual-report as well as a news release issued on June 15, 2021, at the end of fiscal year 2020-21. https://nlliquorcorp.com/about-newfoundland-labrador-liquor-corporation/news-releases/201-nlc-announces-q4-performance-and-fiscal-year-end-results

The report of the Premier’s Economic Recovery Team (PERT), The Big Reset, had this to say about the NLC:

“The NLC is a profitable entity and has consistently paid the province a considerable dividend.”

What does PERT think our provincial government should do with that very valuable asset? “This consistent profitability makes the NLC an attractive investment to the private sector … The Provincial Government should sell all or a majority interest in the Newfoundland Labrador Liquor Corporation.”

This should come as no surprise given that Dame Moya Greene, who chaired PERT, is known for overseeing the privatization of Britain’s Royal Mail service and the Canadian National Railway. She also oversaw the deregulation of Canada’s airline industry.

Proponents of privatizing the sale of liquor argue that retailers will pay provincial corporate income tax; however, in Newfoundland and Labrador, the provincial tax rate on the first $500,000 of corporate profit is just 3%. 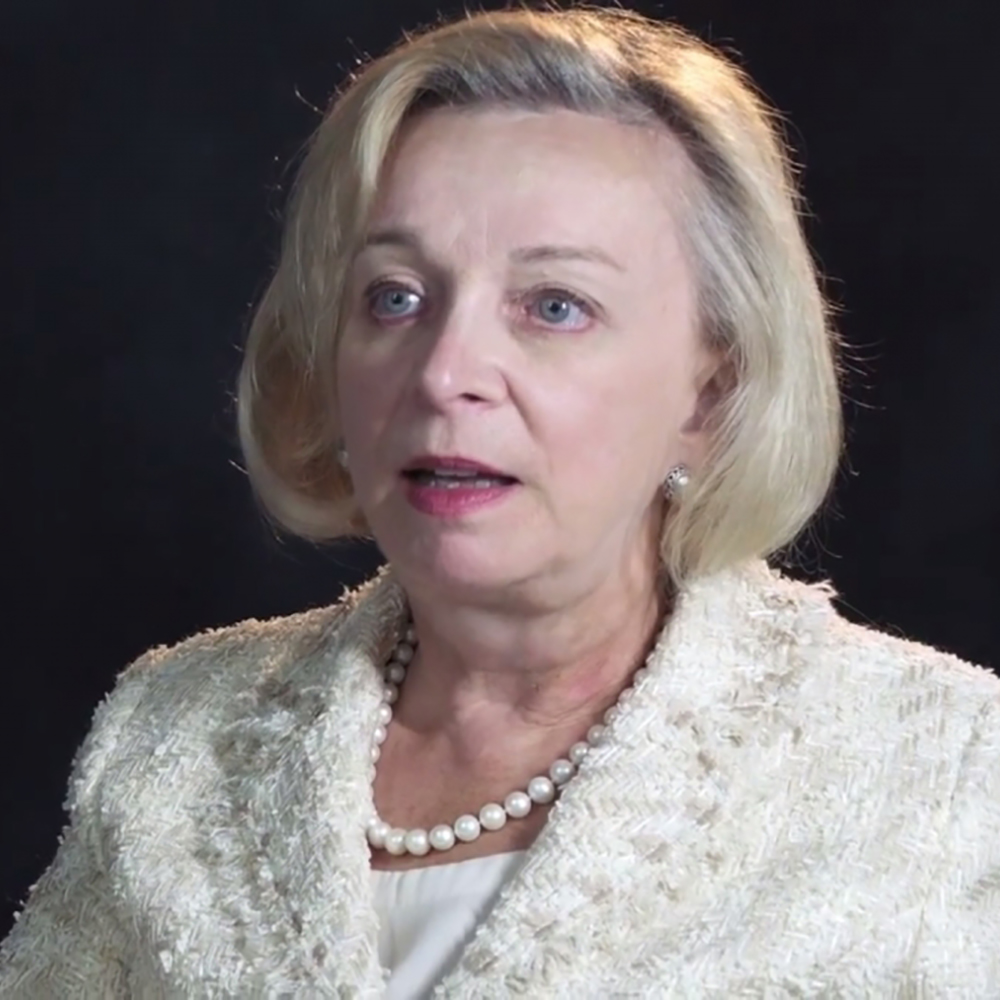 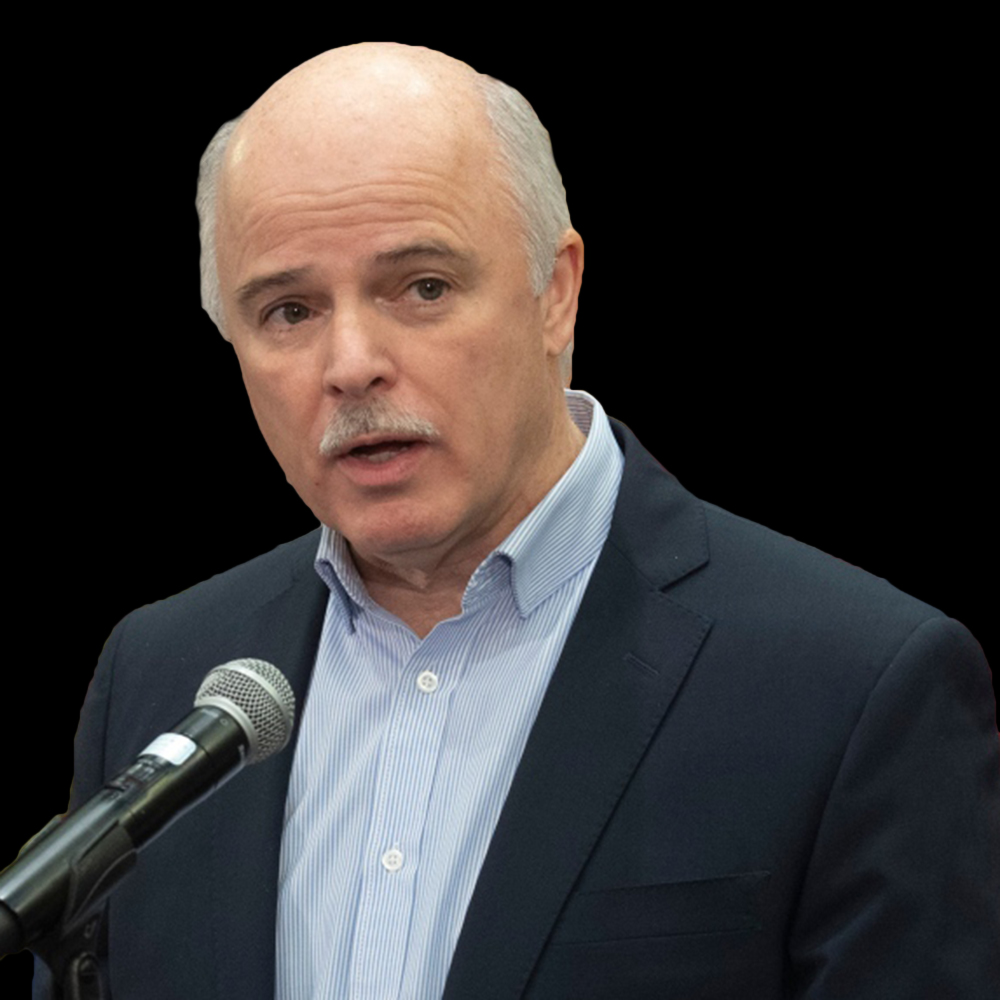 On August 18, 2021, NLC announced its earnings for the first quarter of fiscal year 2021-22. Net earnings were up 13.2% compared to the first quarter of 2020-21 – for a total of $51.6 million. The provincial government received a dividend of $61.8 million compared to $51.0 million in the same period a year ago. In Greene’s world, that $61.8 million would be going into the pockets of business owners – not helping to pay for our public services!

In 2020, the provincial finance minister had this to say about privatizing the NLC:

At this particular time I would argue that a reliable, constant source of income is more important than ever … To dispose of the NLC would … have an impact on future generations by having less income for the province … I’m not going to sell out future generations for a short-term benefit today.

According to economist Inez Hillel of Vivic Research, the proposed sale of the NLC could result in a net loss of income for the provincial government in as little as 5 years. 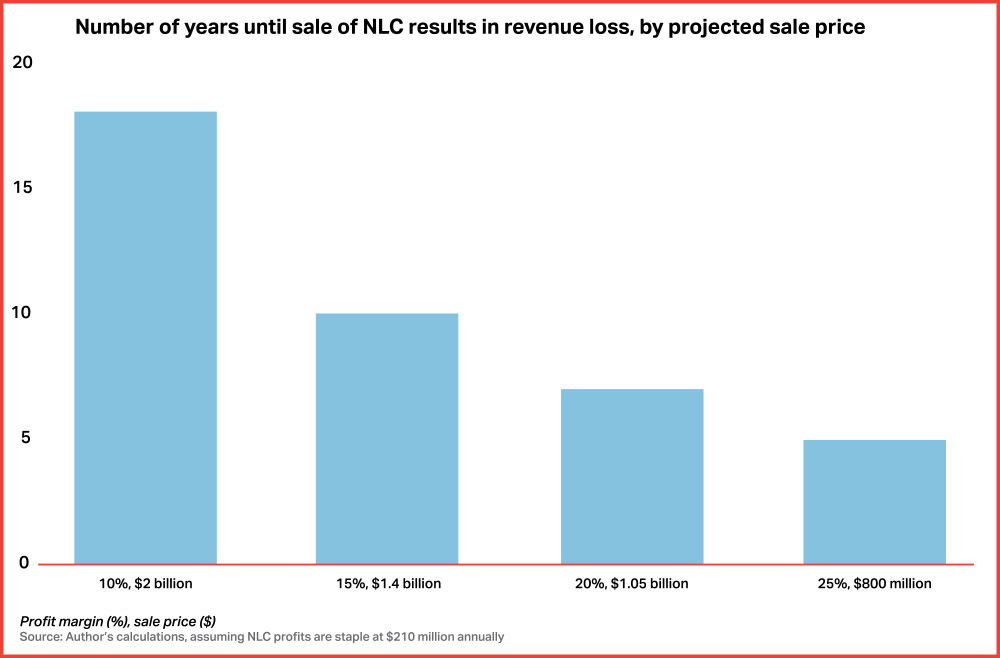 Other costs to privatizing liquor sales

And there are other costs associating with privatizing the sale of liquor. MADD Canada CEO Andrew Murie told CBC his organization is in favour of the government holding onto the NLC for reasons that aren’t just about the money.

According to Murie, in places like Alberta, British Columbia and areas of the United States where privatization has occurred, there has been a drop in what he calls “social protection” and public safety.  “Serving minors, serving intoxicated people — it’s just been clearly shown that people that have no profit motive do a better job, and it’s part of their job to do that social protection piece.” 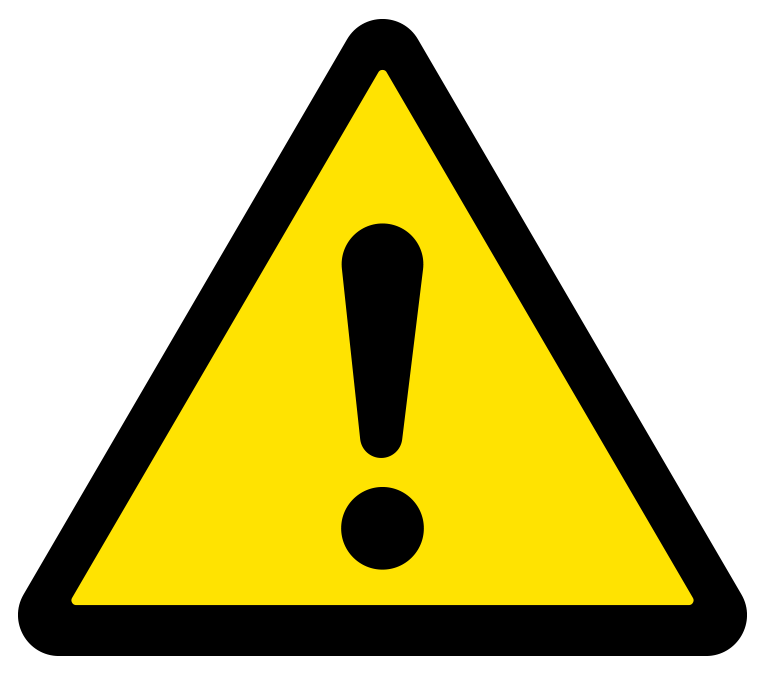 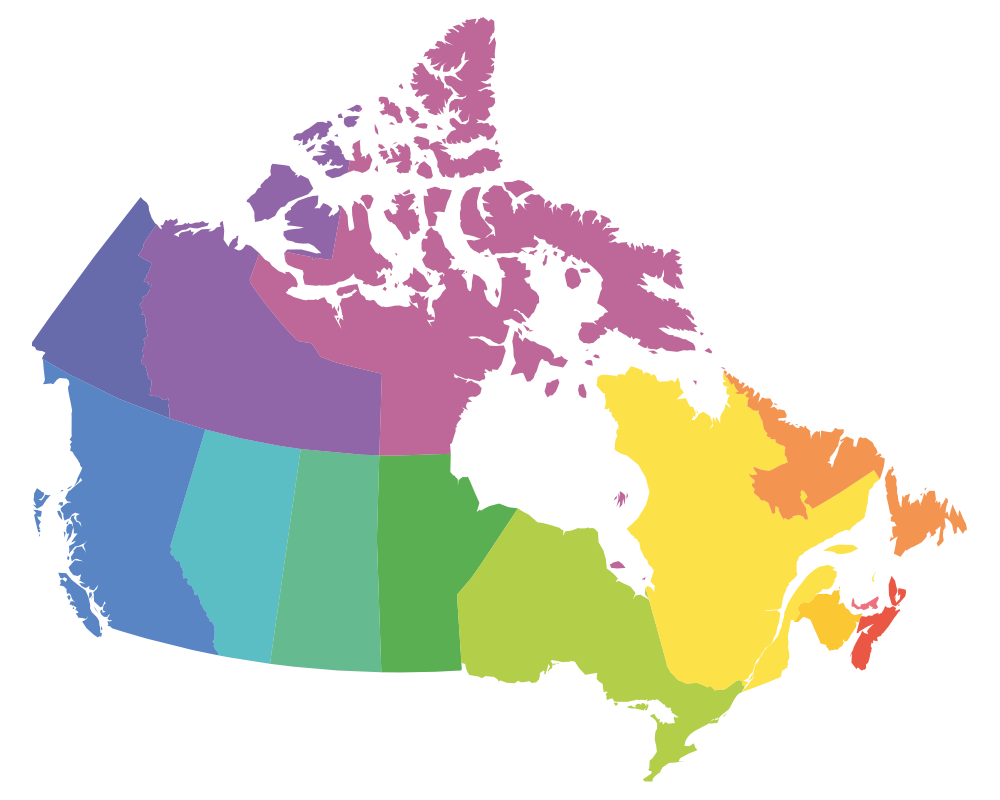 What can we learn from other Canadian provinces?

Several Canadian provinces have made forays into privatizing the sale of alcohol, with Alberta having completely privatized retailing of liquor. Examining the pros and cons would seem to suggest the decision to privatize is based more on ideology than evidence as governments respond to lobbying efforts by the private sector.

Canadians are being told privatization makes sense because it means cheaper liquor, a better selection, and easier access. Let’s examine these claims.

Privatizing the sale of alcohol doesn’t mean it will be cheaper.

Don’t be misled. In Alberta, where the sale of liquor is privatized, alcohol is not cheaper than it is in Saskatchewan, where the system is primarily public. In fact, liquor is often more expensive in Alberta than it is in Saskatchewan, despite the fact that Saskatchewan is less densely populated, a significant factor in determining distribution costs. That’s because the private companies in Alberta don’t have the purchasing power of a public liquor corporation. And in British Columbia, which has both public and private liquor retailers, prices are higher on average in the private stores. 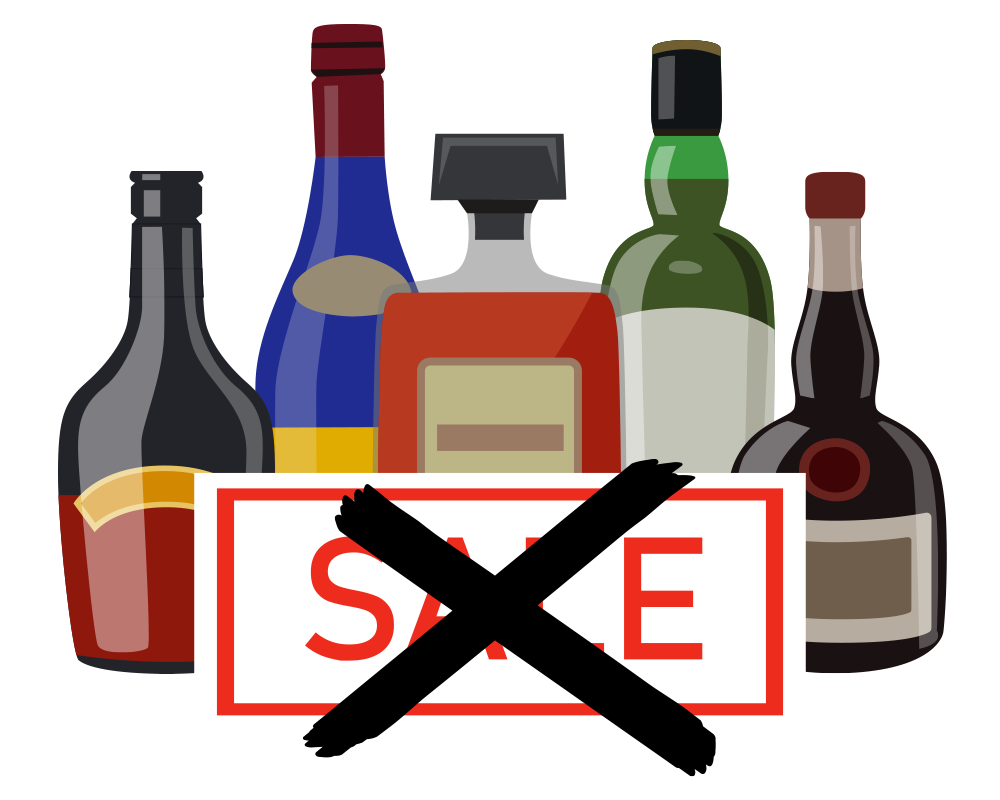 Stockwell, T. et al. (2010). The price of getting high, stoned and drunk in BC: A comparison of minimum prices for alcohol and other psychoactive substances. CARBC Statistical Bulletin #7, Victoria, BC: University of Victoria. [p.4]

Because private alcohol stores exist to make money, the majority only carry the most popular products. Based on the experience when alcohol sales were privatized in Alberta, the selection actually gets smaller in most stores.

Alcohol may be easier to get because it’s available at more locations and for longer hours.

That may or may not be true – it depends on the community and whether opening a location or staying open longer would increase profits. But when it is the case, it’s not necessarily a good thing. According to the World Health Organization, one of the most effective ways to prevent the bad effects of alcohol is through government policy that makes it less available.

Now for some truths.

2) The World Health Organization, the US Centre for Disease Control, and the Canadian Centre for Addiction and Mental Health all agree public control is the best way to minimize the adverse health effects of alcohol. They all strongly oppose privatization “based on strong evidence that privatization resulted in increased per capita consumption.”

3) A study of the impact of privatization of alcohol sales in Alberta found significant increases in suicide mortality rates.

4) And Alberta has three times the rate of police-reported impaired driving as Ontario, where the sale of liquor is publicly run.

5) Eastern Health, the largest health authority in Newfoundland and Labrador, has just released a report saying that people in its coverage area enjoy 2.2 fewer healthy years of life than the average Canadian. This can be attributed in part to risk factors for chronic disease, including heavy drinking.

6) In 2004, the cost to the health care system and law enforcement services, coupled with the costs associated with loss of productivity at home and work due to alcohol use, were estimated at $14.6 billion a year in Canada.

Giesbrecht, A., et al. (2013). Strategies to Reduce Alcohol-Related Harms and Costs in Canada: A Comparison of Provincial Policies. Toronto: Centre for Addiction and Mental Health.
http://www.camh.ca/en/research/news_and_publications/reports_and_books/Documents/Strategies%20to%20Reduce%20Alcohol%20Related%20Harms%20and%20Costs%202013.pdf 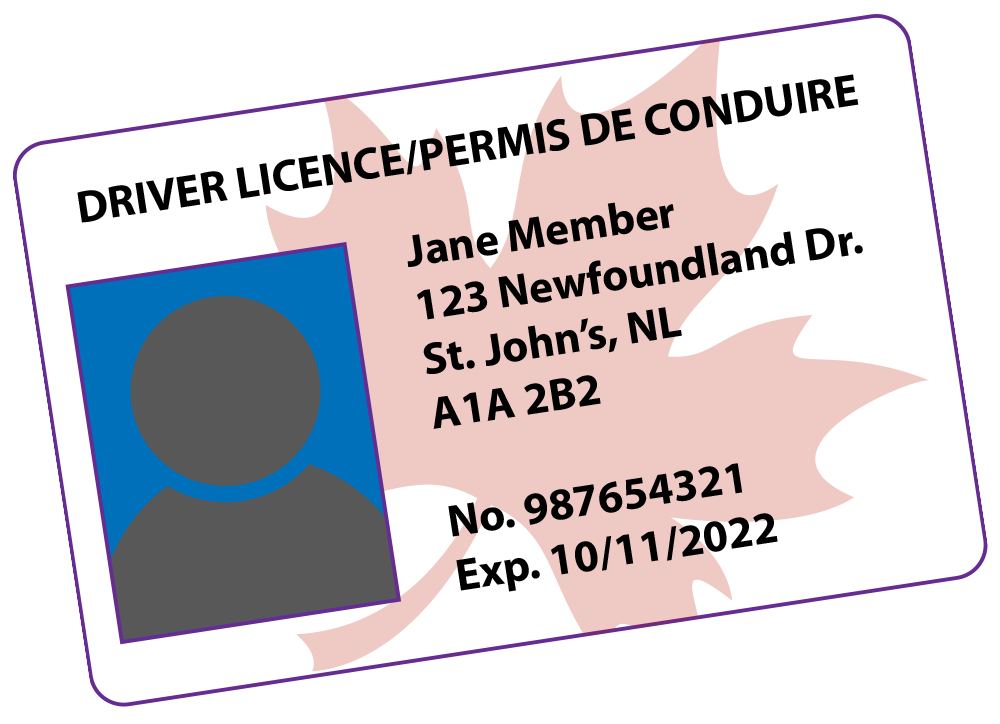 In Alberta in 2002, only 47 of 255 private liquor stores, just 18%, requested identification, despite the fact that they’d been warned an investigation would be taking place. More recent audits indicate increased compliance, but government has to pay the cost of monitoring compliance with the law by private liquor stores. In fact, the Alberta Liquor and Gaming Corporation saw a 59% increase in its operating costs after the privatization of liquor stores.

Since 2003, similar audits performed by the BC government have consistently reported a much higher compliance rate in stores that are publicly-owned (63%) rather than privately-owned (25%).

In comparison, in 2014 the publicly owned and operated Ontario Liquor Control Board refused service to 400,000 people – most of whom were underage.

Take a look at what’s happening in western Canada

1) The least effective provinces at managing wholesale liquor costs are those that have the largest number of private retail operations. The provinces with the most extensively privatized and fragmented retail systems – Alberta and British Columbia – saw an increase in wholesale costs that far outstrip the increase in sales revenue. In BC, sales between 2004 and 2013 rose 48%, while wholesale costs soared by 64%.

2) In Alberta in 2007, PriceWaterhouseCoopers was engaged after some suppliers and retailers were reported to have “lost confidence in the current model of liquor distribution in Alberta.” The report found the system suffered because it lacked a central agency responsible for ensuring it functioned smoothly and profitably – a role played by the public agency prior to privatization.

5) Let’s look at provincial return on investment. Saskatchewan and Manitoba, with their combination of public wholesale and public retail, have performed much better financially than Alberta with its private retail system and BC with its mixed public and private retail system. Saskatchewan’s ROI increased from 52% in 2004 to 64% in 2013 – an increase of 21%. In the same timeframe, Alberta’s ROI fell from 61% to 46%. Saskatchewan earns a far better return on the payments it makes to distribute liquor in the province than does Alberta, despite the fact that Alberta is much more densely populated than Saskatchewan, a significant factor in the cost of operating a distribution system.

6) The cost of liquor has grown much less in Saskatchewan and Manitoba, with their integrated public distribution systems, than in Alberta with its fully private system, and BC with its mixed public-private system. Since 2004, the cost of goods sold has increased by 42% in Alberta, but only 17% is Saskatchewan.

The only reason the profits of the Alberta Gaming and Liquor Commission haven’t collapsed is because the volume of liquor consumed has increased dramatically, with per capita consumption rates far above the national average.

Campanella, D. (2014). A Profitable Brew: A Financial Analysis of the SLGA and its Potential Privatization. Canadian Centre for Policy Alternatives and Parkland Institute. https://www.policyalternatives.ca/sites/default/files/uploads/publications/Saskatchewan%20Office/2012/10/Impaired_Judgement_Oct2012.pdf

Statistics Canada. “Volume of sales of alcoholic beverages in litres of absolute alcohol and per capita 15 years and over, fiscal years ended March 31.” CANSIM Table 183-0019. http://www5.statcan.gc.ca/cansim/a26?lang=eng&id=1830019

What does privatization mean at the community level?

Privatization of liquor sales means adequately paid jobs are replaced by jobs paying at or near the minimum wage. The impact of this loss is particularly significant in smaller communities.

The NLC operates 27 corporate stores in the following communities: